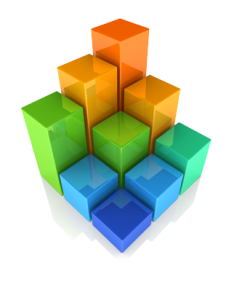 The AGA liaised with the TUI and SIPTU and these bodies became involved in discussions with the Department of Education and Science.

The Department of Education and Science circulars which finally emerged were formed in 2004 and 2007 in relation to job descriptions for AGA Staff.

The number of clients who accessed AGA services between 2000 and March 2010 are as follows:

In 2010, the AGA presented a one day conference called “Adult Guidance – Providing Leadership, Vision and Hope for the Future”. This was a celebration of ten years of the Adult Educational Guidance Initative, involving AGA members and AGA clients. Guest speakers included Professor Tony Watts and Nick Williams.

In June 2004, the second national conference of the AGA, entitled “WHERE TO KNOW – Guiding adults in the 21st Century”, took place in the IFSC. The conference provided the opportunity to look at some important issues facing adult guidance professionals in their work such as designing courses, addressing language barriers and looking at theories of adult education and adult guidance. Minister for State for Education, Sile de Valera opened the conference and Dr. Ted Fleming, Acting head of Adult and Continuing Education, NUI Maynooth, gave the keynote address.

In 2003, the first Adult Guidance Conference was organized By AGA and was held in Waterford – “opening the Doors to Opportunity”. This was a one day conference which provided a forum for sharing and discussion of guidance practice within the adult education sector in Ireland.